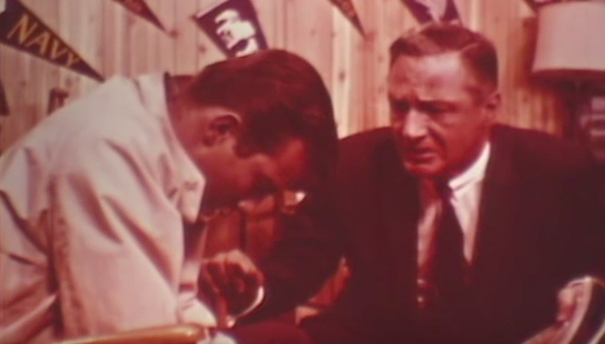 And round and round the censorship wheel goes.

Utah State Senator Todd Weiler is just the latest to try and shape the marketplace of ideas to his own superstitious views of morality. Weiler proposed S.C.R. 9, seeking to have pornography declared a public health hazard. The resolution is hilarious – or would be, if it did not take aim at our most important civil liberties, in the name of promoting a narrow view of morality. (A favorite target of mine)

This resolution:
` recognizes that pornography is a public health hazard leading to a broad spectrum of individual and public health impacts and societal harms; and
` recognizes the need for education, prevention, research, and policy change at the community and societal level in order to address the pornography epidemic that is harming the citizens of Utah and the nation.

Pause for a moment as you recall that Utahns consume more online pornography than any other Americans. (source) After the laugh track plays, you might want to be just a little concerned.

Weiler’s theories are not exactly novel. In the late 1800s, Anthony Comstock convinced Congress to pass an Act for the “Suppression of Trade in, and Circulation of, Obscene Literature and Articles of Immoral Use”. This later came to be called “The Comstock Law.” Comstock devoted his life to defending the world from the plague of “immorality,” from contraceptives to works of art. Comstock went after all forms of sexual education, nude paintings by French modern artists, and even masterpieces like George Bernard Shaw’s play “Mrs. Warren’s Profession” and James Joyce’s Ulysses. Before we laugh at the memory of the uptight Victorian moralizer, we should remember that Comstock boasted that he had convicted more than 3,000 people and destroyed “160 tons of obscene literature.” 3,000 lives ruined because it chafed someone’s narrow view of “morality.”

The Comstock Laws began to crumble as the light of the First Amendment began to shine on them. In a landmark decision, United States v. One Book Called “Ulysses,” judge Woolsey wrote “If one does not wish to associate with such folk as Joyce describes, that is one’s own choice. In order to avoid indirect contact with them one may not wish to read ‘Ulysses’; that is quite understandable.” 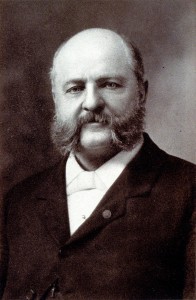 Unfortunately, this did not exorcise Comstock’s ghost. He continued to haunt freedom of expression – with anti-pornography propaganda becoming the stuff of today’s comedy. The Oregon Historical Society just uncovered a campy Reefer Madness – style video, “Pages of Death,” telling the fantastic tale of Paul Halliday, who “hung out reading pornography at Baker’s Variety Store until he couldn’t stand it any longer and murdered a girl in a whipped up frenzy of smut inspired rage” (source) It ends with a call to action, imploring parents that the next victim of a sex-crazed pornography consumer could be their little girl.

Clearly Comstock and “Pages of Death” peek at us from behind “conservative” positions. But, the very theories that they espoused came back, yet again, in the 1980s, when feminist academics began to ironically resurrect the Comstock laws. I say “ironically” because the Comstock laws were used not only to punish smut, but to punish distribution of intormation about birth control, abortion, and prevention of sexually transmitted diseases.

But with no sense of irony, the Left picked up the torch of the Right and in Indianapolis, they passed a law that said that the mere existence of pornography (as they defined it) was a civil rights violation. Fortunately, the First Amendment did not permit these laws to remain on the books, at least not in the United States. In American Booksellers v. Hudnut, a court threw them out as clearly content-based restrictions on First Amendment protected content, writing “the First Amendment means that government has no power to restrict expression because of its message [or] its ideas.”

When John Ashcroft came into office, his justice department was tasked with “cleaning up” pornography, and it dutifully complied — prosecuting, and jailing, Americans for no worse crime than producing movies that the government did not like. The crime was “obscenity,” which is the only crime you can commit without your conduct being illegal. All books and films are presumptively First Amendment protected. That protection is only stripped away if a jury watches the film and determines that it appeals to the prurient interest, that it describes sex in a patently offensive way, and “the work, taken as a whole, lacks serious literary, artistic, political, or scientific value.” Once the jury makes that determination, then the work is no longer protected – but the American who made it or sold it is carted off to prison.

And now, we have this “obscene” tradition being taken up by Senator Weiler – again from the conservative side of things. His proposed law sounds almost as if it were lifted right from Pages of Death. It blames pornography for stunted brain development, emotional and medical illnesses, deviant arousal, harmful sexual behaviors and even biological addiction. He did leave out “and it will definitely make you murder little girls,” but if you read the resolution enough, you can hear that in the background.

Even if you don’t enjoy pornography — even if you despise it — this should trouble you. If you think not, remember that when the government tries to interfere in the marketplace of ideas, we all lose.

Remember the Indianapolis ordinance discussed above? Its proponents were rabid feminists, Catharine MacKinnon and Andrea Dworkin. They saw it defeated in court here in the United States, but they also pressed for such laws in Canada, where they remain on the books. However, rather than ending hardcore pornography north of the border, they have primarily been used to suppress gay material. This was a far cry from the mission these feminist moralizers sought to promote. And if you think you don’t like “obscene,” material, you need only look at 18 U.S.C. § 1462, which provides that even talking about abortion is , technically “obscene.” (Although no conviction under that would ever stand).

The lesson from that is to be careful when you call for, or even acquiesce to, restrictions on free expression. You never know when that will backfire on your point of view.

In Abrams v. United States, Justice Oliver Wendell Holmes wrote a passage that ultimately became the cornerstone of a liberty-based view toward free speech, and which became the dominant theory in First Amendment jurisprudence. In Abrams, Holmes gave us “the marketplace of ideas.” And what a brilliant theory it was.

Holmes noted that if someone was completely confident in the belief that they were right, then it would seem logical that they would want to suppress dissenting views. “If you have no doubt of your premises or your power, and want a certain result with all your heart, you naturally express your wishes in law, and sweep away all opposition.” Those who wish to wipe out pornography have no doubt that they are right, but they are precisely wrong.

Holmes, on the other hand, was right when he wrote: “[T]he ultimate good desired is better reached by free trade in ideas — that the best test of truth is the power of the thought to get itself accepted in the competition of the market…That, at any rate, is the theory of our Constitution.”

Weiler’s proposal is directly at odds with our theory of the Constitution. It belongs in that discredited junk pile of ideas right on top of the rotting pages of Comstock and MaCKinnon’s warmed over dreck, as it even lacks the campy humor of “Pages of Death.”

Update: I am informed by a commenter that the “Utahns are more porny” study is bunk. And, it seems that it is bunk. Does that change the article any? I think not. But, let us not rest our tale on bullshit.

This entry was posted on Tuesday, February 2nd, 2016 at 5:53 pm and is filed under misc. You can follow any responses to this entry through the RSS 2.0 feed. Both comments and pings are currently closed.