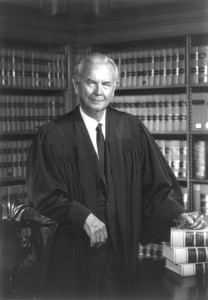 Peter Biro was the subject of a 2010 article in The New Yorker. Biro sued the publisher and other defendants who allegedly republished statements from the original article. Since Biro was deemed to be a limited purpose public figure, the court dismissed the claims against him because he did not allege sufficient facts to plausibly support an eventual finding of actual malice. The Second Circuit affirmed the dismissal in Biro v. Conde Nast.

The facts of the case really don’t matter for the purposes of this post. For all I know, Mr. Biro got a really raw deal, and the defendants really did defame him. So, for the sake of this article (and the comments, please) lets give him that benefit of the doubt. Nevertheless, he’s done us all a good service by causing the 2d Circuit to issue this opinion – because we need opinions like this.

Because there are censorious asshats, and they find attorneys.

When it comes to defamation, it is not a simple matter of (False Statement) + (Angry Plaintiff) = Defamation. When a plaintiff alleging defamation is a public figure, he or she must show that the allegedly false statements were made with actual malice – that is, knowing falsity, or a reckless disregard for the truth. N.Y. Times Co. v. Sullivan, 376 U.S. 254, 279-80 (1964); Town of Massena v. Healthcare Underwriters Mut. Ins. Co., 779 N.E.2d 167, 171 (N.Y. 2002). Such public figures can include limited-purpose public figures who “have thrust themselves into the forefront of particular public controversies in order to influence the resolution of the issues involved.” Gertz v. Robert Welch, Inc., 418 U.S. 323, 345 (1974). It is not necessary for a plaintiff to be a household name to be a public figure, either; he or she may be a limited-purpose public figure within a certain community for the same public figure standards to apply. Huggins v. Moore, 726 N.E.2d 456, 460 (N.Y. 1999). It is not even necessary for a public figure to seek the limelight to be held to this standard – it is possible to be a public figure by mere circumstance, rather than concerted effort. See Gertz, 418 U.S. at 345 (“it may be possible for someone to become a public figure through no purposeful action of his own”).

What’s so great about this Biro case? It is the first case out of the 2d Circuit to confirm the new standard for a defamation case to get past a motion to dismiss. Ever since the Iqbal/Twombly standard came into being, complaints have to at least plead plausible facts on their face. Naked assertions or conclusory allegations are not enough. Therefore, a public figure can’t just say “this guy said something about me, it is false, and he said the falsehood with actual malice.” It requires more. It requires at least an allegation, anchored to provable facts, that the defendant made the statement with knowing falsity or a reckless disregard for the truth.

This doesn’t stack the deck insurmountably high against the legitimate plaintiff either.

For example, a plaintiff may allege that “a story [was] fabricated by the defendant” if the defendant provides no source for the allegedly defamatory statements or if the purported source denies giving the information. St. Amant v. Thompson, 390 U.S. 727, 732 (1968). Or the plaintiff may point to the fact that the allegedly defamatory statements were “based wholly on an unverified anonymous telephone call” or were published despite “obvious [specified] reasons to doubt the veracity of the informant or the accuracy of his reports” or despite the “inherently improbable” nature of the statements themselves. Id.

And Mr. Biro? I don’t know, maybe he was really defamed. But, he didn’t allege any facts that, if proven, would have shown that the defendant knew that the facts were false, or that the defendant royally screwed up in publishing them. Maybe Biro was a dick who shouldn’t have sued, or maybe he just had a lawyer who didn’t know how to write a defamation complaint. I take no position on that, because I don’t care. What I do care about is that Mr. Biro has now unwittingly made us all a little more free — especially if you live in the 2d Circuit.

[UPDATE] – Via Twitter, someone asked a good question: “How could one overcome the malice requirement if a reporter shields their sources, or just claims an “inside source”?” I think this warrants an update:

1. Often, the actual malice requirement won’t matter. For example, when a case is brought over words that are not actually defamatory. But, a reporter can never simply say “I had a good source, but it is confidential, therefore no actual malice.” The reporter will need to decide between protecting his source and protecting his own liability.

But, that doesn’t always have to be a rock-and-a-hard-place decision.

Worried that a fight over the fault element might require them to divulge confidential sources and threaten their First-Amendment interests, defendants proposed — and the district court accepted — having the parties do discovery on all issues except fault, followed by summary judgment on those issues, followed by discovery on fault if needed. See Bruno & Stillman, Inc. v. Globe Newspaper Co., 633 F.2d 583, 597-98 (1st Cir. 1980) (discussing how bifurcated discovery like this can protect a defendant’s journalistic sources).

Although one won’t always have such an enlightened judge, this is a reasonable means to protect sources — figure out everything that does not require revealing sources. Then, if that’s the last question to answer in order to resolve the case, you make the decision then.

This entry was posted on Tuesday, December 15th, 2015 at 5:27 pm and is filed under misc. You can follow any responses to this entry through the RSS 2.0 feed. Both comments and pings are currently closed.