The USPTO Would Prefer Not to Follow the First Amendment

The USPTO is, apparently, a big Melville crowd.

In December, U.S. Court of Appeals for the Federal Circuit decided In re Tam, 2015 U.S. App. LEXIS 22593 (Fed. Cir. Dec. 22, 2015). In it, the Federal Circuit made a sweeping pronouncement that the First Amendment applies to trademark registrations, and that a long-criticized prohibition on “disparaging” trademarks could no longer stand. The portion of the trademark act that fell was Section 2(a) of the Lanham Act, 15 U.S.C.S. § 1052(a).

Then, the Department of Justice conceded that § 2(a) was no longer enforceable in light of In re Tam.

We do not believe that given the breadth of the Court’s Tam decision and in view of the totality of the Court’s reasoning there, that there is any longer a reasonable basis in this Court’s law for treating them differently… The reasoning of Tam requires the invalidation of § 2(a)’s prohibition against registering scandalous and immoral Trademarks as well.”

One might think then, for a moment, that the USPTO would stop relying on an unconstitutional provision, no? Well, time for a literature lesson:

In Herman Melville’s classic, Bartleby the Scrivener, an attorney finds frustration with his scrivener, Bartleby. Any time Bartleby is directed to perform a task, he replies with the classic refrain: “I would prefer not to.”

The first of many such exchanges continued thus:

“Prefer not to,” echoed I, rising in high excitement, and crossing the room with a stride. “What do you mean? Are you moon-struck? I want you to help me compare this sheet here – take it,” and I thrust it towards him.
“I would prefer not to,” said he. Herman Melville, Bartleby, the Scrivener: A Story of Wall Street 10 (Dover 1990) (1853).

Initially infuriated, but beguiled by Bartleby’s charmingly passive insolence, the narrator tolerates Bartleby’s masterfully eccentric defiance, but eventually fires him. Once fired, Bartleby’s behavior becomes stranger, and he refuses to leave the premises of his employer, who finds Bartleby’s stubbornness to be an immoveable object. Bartleby’s defiance, as effective as it is, eventually leads to his undoing. Bartleby’s preference leads to his imprisonment and starvation, as he finally encounters both men and forces of nature who are unmoved by his antics.

We have, at least for the moment, a government agency that fancies itself in the role of Bartleby. The USPTO has already been instructed by the Federal Circuit that Section 2(a) (at least as far as the “disparaging” portion of it) is unconstitutional, and the case law that the USPTO has relied upon to justify its bullshit standard under the “scandalous” portion is specifically overruled. 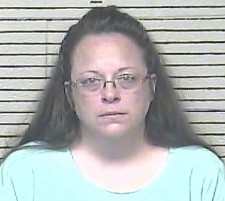 Nevertheless, the USPTO has essentially decided “we would prefer not to” follow the Constitution.

The USPTO continues to examine applications for compliance with the scandalousness and disparagement provisions in Section 2(a) according to the existing guidance in the Trademark Manual of Examining Procedure § 1203. While the constitutionality of these provisions remains in question and subject to potential Supreme Court review, for any new applications the USPTO will issue only advisory refusals on the grounds that a mark consists of or comprises scandalous, immoral, or disparaging matter under Section 2(a). If a mark’s registrability under these provisions in Section 2(a) is the only issue, the examining attorney will identify the reasons for the advisory refusal and suspend action on the application in the first Office action. For all applications, including those initially examined before the Federal Circuit’s decision in Tam, if the examining attorney made other requirements or refusals in the first Office action, action on the application will be suspended when the application is in condition for final action on those other requirements or refusals. Any suspension of an application based on the scandalousness provision of Section 2(a) will remain in place until the Federal Circuit issues a decision in Brunetti, after which the USPTO will re-evaluate the need for further suspension. Any suspension of an application based on the disparagement provision of Section 2(a) will remain in place until at least the last of the following occurs: (1) the period to petition for a writ of certiorari (including any extensions) in Tam expires without a petition being filed; (2) a petition for certiorari is denied; or (3) certiorari is granted and the U.S. Supreme Court issues a decision. (source)

Please note, I received this document from an intellectual property lawyers’ list serve, and I have not confirmed its authenticity. Nevertheless, the document properties say that the author is Christina J. Hieber, who does check out as an attorney with the USPTO’s office of the solicitor. (source)

So, remember folks – the Court of Appeals for the Federal Circuit told the USPTO that it was violating the Constitution. Their position? “We don’t care, we might appeal, and then again, we might not. But, until we are told that the courts really really mean it, the Constitution doesn’t matter.” And they think that the word “fuck” is “immoral” and “scandalous.”

You know what is “immoral” and “scandalous?” A petty little bureaucrat, or group thereof, deciding that they are above the Constitution, because… well, dirty words and all.

If you find the issue of morality and intellectual property rights of interest, I’d be delighted if you downloaded and read my law review article on the subject. See Marc Randazza Freedom of Expression and Morality Based Impediments to the Enforcement of Intellectual Property Rights

This entry was posted on Saturday, March 19th, 2016 at 12:00 pm and is filed under misc. You can follow any responses to this entry through the RSS 2.0 feed. Both comments and pings are currently closed.