The First Amendment is not a free pass to harass 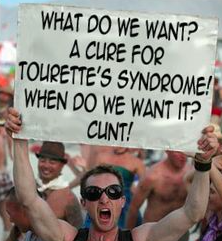 Nobody ever said that abortion protesters were required to use logic.

Although one might say it is logical. The protesters hope that the parents at the school will use their political clout to demand that Planned Parenthood move, so their kids can get back to getting an education.

The school is suing for intentional infliction of emotional distress and for relief from a private nuisance. (complaint) Further, they are seeking an injunction to limit the anti-abortion folks’ right to protest.

The intentional infliction of emotional distress claim seems doomed. See Snyder v. Phelps, 562 U.S. 443 (2011). No matter how outrageous the speech is, including showing 3 year olds pictures of aborted fetuses, we can’t call that IIED. On the nuisance front, the claims might make it. But, what about the injunction? The school says that the protests go beyond merely getting the anti-abortion word out, and the court should limit the protests.

That pings my free speech Distant Early Warning Line. I have a rather expansive view of what the First Amendment protects. But, even I do not say it is limitless. Often, I get questions that try and seek out where the limits are, and my usual response to them is “that’s fucking stupid.” So.. that ought to indicate how far out the boundaries actually are, in my eyes.

With that, I present to you a case out of Florida that gives us some instruction in a case like this one. Thoma v. O’Neal, ___ So.3d ___ (Fla. 4th DCA 2015). In this case, Ms. O’Neal worked at an abortion clinic, and Thoma was a protestor. Thoma followed O’Neal to her car, followed her to her community, and then plastered her community with flyers exhorting her neighbors to ask her “to please stop assisting the abortionist with the killing of black babies.”

Ms. O’Neal sought an injunction to stop Thoma from harassing her. The trial court granted it:

the trial court explained on the record that a course of conduct constituting harassment as stalking was established by two instances: (1) the incident where the Victim saw Thoma following her in his car after leaving work, and (2) the flyer distributed by Thoma, which the trial court found “crosses the line” protected by the First Amendment. After determining the two incidents established a course of conduct showing harassment sufficient to constitute stalking, the trial court granted the injunction (Op. at 2)

Thoma appealed, and O’Neal did not file a brief in opposition. Nevertheless, the appellate court upheld the injunction. Despite the abhorrence that the Constitution and I share when it comes to injunctions against speech, neither of us are offended by this one.

One thing that could make it inoffensive would be if there happened to be a “true threat.” The court found that none existed here. However, the court still upheld the injunction on the grounds that a speaker’s First Amendment rights end at the door to your home. The 4th DCA relied upon Operation Rescue v. Women’s Health Center, Inc., 626 So. 2d 664 (Fla. 1993), which itself relied upon Frisby v. Schultz, 487 U.S. 474 (1988)

Although in many locations, we expect individuals simply to avoid speech they do not want to hear, the home is different. “That we are often captives outside the sanctuary of the home and subject to objectionable speech . . . does not mean we must be captives everywhere.” Instead, a special benefit of the privacy all citizens enjoy within their own walls, which the State may legislate to protect, is an ability to avoid intrusions. Thus, we have repeatedly held that individuals are not required to welcome unwanted speech into their own homes and that the government may protect this freedom. (Operation Rescue at 672, quoting Frisby, 487 U.S. at 484–85

The Appeals court also relied upon Rowan v. United States Post Office Department, 397 U.S. 728, 738 (1970). That case held “the right of every person ‘to be let alone’ must be placed in the scales with the right of others to communicate.” 397 U.S. at 737. (“no one has a right to press even ‘good’ ideas on an unwilling recipient. That we are often ‘captives’ outside the sanctuary of the home and subject to objectionable speech and other sound does not mean we must be captives everywhere. The asserted right of a mailer, we repeat, stops at the outer boundary of every person’s domain“)

Because Thoma generated, mailed to the Victim, and distributed to her neighbors the flyer, which not only conveys a message he knew the Victim did not want to hear (and is a racial slur), but also clearly identifies the Victim by name and face, gives the reader her home address, and then invites the reader to dissuade the Victim from assisting in abortions, we are satisfied the flyer seeks to invade the privacy of the Victim’s home, and the trial court properly determined the flyer was generated, mailed, and distributed with the intent to harass the Victim. Thoma’s behavior with reference to the flyer and his attempt to push his message on to the Victim at her home is not protected by the First Amendment. Thus, we uphold the trial court’s finding that the Victim proved a course of conduct constituting stalking and was entitled to an injunction.

The court did find that the lower court’s injunction was over broad, but since it had expired, it was moot.

While this is a Florida appellate case, it ought to be instructive (especially given its reliance on U.S. Supreme Court precedent) as to where the line might lie. Mr. Thoma might have had every right to stand on the sidewalk near O’Neal’s place of work and hold up signs. But, when he decided to bring the campaign to her doorstep, that went over the line to harassment, and was properly the subject of an injunction.

So what about the school?

This is not someone’s home, so the Thoma court’s analysis would not stick to the entire pane of the glass here. However, the logic is the same. Communicating a message is one thing. But, when you take it over the line to actually impede unrelated parties from getting into a school? That just might cross the line. I think that the DC Court would be within its rights to issue a limited injunction, prohibiting the protesters only from impeding access to the school. Perhaps, the injunction could even limit protesters focusing on the school when the kids are coming, going, and outside at recess.

I’m not saying it would definitely be right if the school were actually the subject of the protests. That would be another story.

This entry was posted on Wednesday, December 16th, 2015 at 5:29 pm and is filed under misc. You can follow any responses to this entry through the RSS 2.0 feed. Both comments and pings are currently closed.