Feminist Naomi Wolf asked a serious question in a recent CNN article: “Is pornography driving men crazy?”  I had to read it twice just to make sure I was understanding her claim.

Or walk with my kids for dinner and pass this on the pedestrian zone: 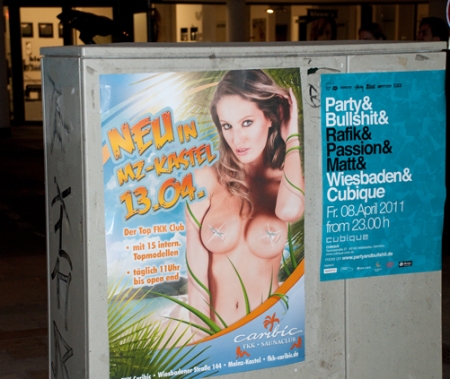 But hey, at least we’re thrown a little measure for safety further down the street unlike in hypocrite states: 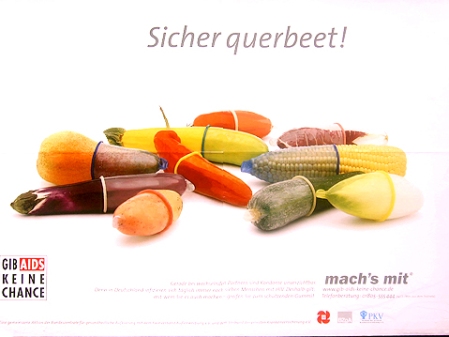 I can’t get this freely in the states.  Why?  Why must sex be so difficult in the U.S?

I worry for American women.  Feminists lead a fear campaign with respect to pornography and conservatives lead a quiet, grassroots fight to abolish abortion. It’s a battle every day.  Neither truly focus on the positives of condom use or pornography as a tool for better sex lives because they’re so uncomfortable with sex, nudity and tits.  Apparently women have come a long way but I feel like in some ways we’re going backwards.  A woman’s view may be valid for “feminist” judgment but my concern as a woman isn’t whether pornography comes across my man’s hands.  It’s whether he treats me and his family right.  His porn is a separate world that doesn’t include me and I wonder if this is part of the mainstream feminist problem. Pornography means men fantasize about another woman.  There’s a slew of insecurities in that and most women don’t accept themselves enough to deal with that added anxiety.

Here’s my big question of the day: “If a husband is a “sex addict” with his wife, is he really a sex addict or a fucking hero?”

Now, I suggest you read the scientific reasons as to why Wolf is wrong, an excellent post by Mind Hack blog.

This entry was posted on Monday, July 4th, 2011 at 4:56 pm and is filed under misc. You can follow any responses to this entry through the RSS 2.0 feed. Both comments and pings are currently closed.