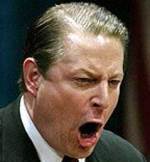 Director Kappos, of the United States Patent & Trademark Office (USPTO), writes on his blog this week about how the Office intends to fast-track the examination of patent applications that deal with so-called “green” technologies.  Great headline for a month ago, when the popularized position was that anthropogenic climate change (formerly known as “global warming”) was a *proven* phenomenon.  However, recent developments have put those findings in serious doubt.

In case you haven’t been keeping up, as Director Kappos clearly hasn’t, emails were leaked last month from the University of East Anglia’s Climatic Research Unit – a world-renowned climate change research center – which reveal a “trick” being employed by researchers to massage temperature statistics (source).  Seems that a decline in temperature didn’t fit into the doomsday scenario that’s being thrown about to justify new grant money, new cap-and-trade legislation, and new taxes.  The emails openly discuss the deletion of historic source data and ways to discredit scientific journals that have published skeptic papers, as a couple of examples (source).

Moving back to the IP tie-in, the USPTO is continuing to drink the climate change kool aid by proposing that so-called “green” patent applications should be given priority treatment in examination.  Kappos’s announcement of the policy was timed to coincide with the start of the United Nations Climate Change Conference in Copenhagen, Denmark.  In that announcement, the Director explains the impetus for such an initiative:

As I have often said, the USPTO is committed to dramatically reducing the backlog and average patent pendency time across the board.  As we work toward this goal, we are going to pilot a program that will give priority to applications that combat climate change and foster job creation in the green tech sector.  The Green Tech patent pilot program will decrease the time it takes to obtain patent protection for green tech innovations by an average of 12 months.  (source)

One has to wonder what other types of applications will be “de-prioritized,” in order to let climate-change-fighting inventors skip the line.  It seems clear that this initiative would do absolutely nothing to improve the average pendency time across all patent applications.  It is truly odd that, at the Patent Office, where a science degree is required to prosecute or examine applications, they’re not letting a silly thing like the absence of a scientific foundation stop them from disparaging the majority of the inventing community.  It certainly isn’t stopping the charlatan proponents of climate change theory from generating a city-sized carbon belch to gather and talk about how to reduce carbon emissions.

Once again, the Director concludes his blog post, claiming that he welcomes comments and feedback, but somehow my comments thereto on this subject failed to clear moderation.

This article was originally posted on GaneshaFish.com

This entry was posted on Wednesday, December 9th, 2009 at 11:15 am and is filed under ip, patent, politics, tech news. You can follow any responses to this entry through the RSS 2.0 feed. Both comments and pings are currently closed.