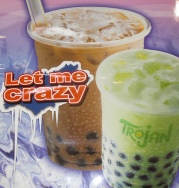 In February of 2007, Stephanie Lenz videotaped her toddlers dancing in her kitchen to the Prince song, “Let’s Go Crazy.” She then uploaded the 29 second video to Youtube. “Let’s Go Crazy” can be heard for 20 muffled seconds. Universal then sent Youtube a DMCA takedown notice, and Youtube complied.

Lenz sent YouTube a DMCA counter-notification pursuant to the little-used portion of the DMCA codified at 17 U.S.C. § 512(g) Lenz took the position that her video “constituted fair use of ‘“Let’s Go Crazy’ and thus did not infringe Universal’s copyrights. Lenz filed a counter-notification and demanded that the video be reposted.

YouTube re-posted the video on its website about six weeks later.” (Source at 2) Lenz then utilized an even more rarely-employed portion of the DMCA, 17 U.S.C. § 512(f), which provides for liability to be imposed on those who file DMCA notices without the requisite good faith belief that the material in question is an infringement of the copyright owner’s rights. Universal moved to dismiss claiming that it did not need to consider fair use when sending a DMCA notice.

Universal contends that copyright owners cannot be required to evaluate the question of fair use prior to sending a takedown notice because fair use is merely an excused infringement of a copyright rather than a use authorized by the copyright owner or by law. (Source at 5)

Lenz argues that fair use is an authorized use of copyrighted material, noting that the fair use doctrine itself is an express component of copyright law. Indeed, Section 107 of the Copyright Act of 1976 provides that “[n]otwithstanding the provisions of sections 106 and 106A, the fair use of a copyrighted work . . . is not an infringement of copyright.” 17 U.S.C. § 107. Lenz asserts in essence that copyright owners cannot represent in good faith that material infringes a copyright without considering all authorized uses of the material, including fair use. (Source at 5)

The Court found that Lenz had the more persuasive argument:

Even if Universal is correct that fair use only excuses infringement, the fact remains that fair use is a lawful use of a copyright. Accordingly, in order for a copyright owner to proceed under the DMCA with “a good faith belief that use of the material in the manner complained of is not authorized by the copyright owner, its agent, or the law,” the owner must evaluate whether the material makes fair use of the copyright. 17 U.S.C. § 512(c)(3)(A)(v). An allegation that a copyright owner acted in bad faith by issuing a takedown notice without proper consideration of the fair use doctrine thus is sufficient to state a misrepresentation claim pursuant to Section 512(f) of the DMCA. Such an interpretation of the DMCA furthers both the purposes of the DMCA itself and copyright law in general. (Source at 6)

Universal then complained that it would be too hard to evaluate whether something was fair use. The Court didn’t buy it.

Undoubtedly, some evaluations of fair use will be more complicated than others. But in the majority of cases, a consideration of fair use prior to issuing a takedown notice will not be so complicated as to jeopardize a copyright owner’s ability to respond rapidly to potential infringements. The DMCA already requires copyright owners to make an initial review of the potentially infringing material prior to sending a takedown notice; indeed, it would be impossible to meet any of the requirements of Section 512(c) without doing so. A consideration of the applicability of the fair use doctrine simply is part of that initial review. (Source at 7)

Too many copyright owners misuse the DMCA as a mandate to squash all use, fair or not, of their material. In a particularly egregious example, Professor Wendy Seltzer posted a clip of the NFL’s copyright notice, and the NFL issued a DMCA takedown notice. Story here. With any luck, this N.D. Calif. case will make copyright owners think twice before sending out a ham-fisted DMCA notice.

This entry was posted on Thursday, August 21st, 2008 at 7:36 am and is filed under censorship, copyright, entertainment law, fair use, internet law. You can follow any responses to this entry through the RSS 2.0 feed. Both comments and pings are currently closed.

5 Responses to The DMCA? She Bite Sometimes – Lenz v. Universal